In July, Benusic joined Island Health as the new Medical Health Officer (MHO) for central Vancouver Island. He takes over that role from Paul Hasselback, who retired recently following a decades-long career in public health.

That's quite the outcome, considering that seven years earlier Benusic was a medical student at the University of British Columbia, and Hasselback served as his first public health preceptor (or instructor).

“I have to say it's a bit surreal now to be sitting on the other side of the desk," says Benusic. “I'm not going to be able to fill Paul's shoes – but I can use those paths he created to really hit the ground running in this new role."

That approach should serve Benusic well as he arrives at Island Health in the midst of two public health emergencies – the opioid crisis and the COVID-19 pandemic.

“We are fortunate to have Mike join our Medical Health Officer team. His arrival comes at time of great challenges but also great opportunities for public health," says Dr. Richard Stanwick, Chief MHO and Vice President of Population Health. “Mike has figuratively been thrown into the deep end of the pool but we have every confidence in his abilities to learn, grow and contribute as our newest MHO."

Benusic arrives with some valuable experience. Prior to joining Island Health, he completed his final residency with Toronto Public Health, where he spent most of his time dealing with COVID-19 and what he refers to as the “core functions of a public health outbreak response": ensuring that cases isolated, tracing contacts and managing outbreaks.

He's also keenly aware of the severity of the opioid crisis, which resulted in record numbers of overdose deaths in B.C. during May and June 2020. “We really have to try and carefully understand why it's gotten worse, and respond to that in the best way we can," says Benusic. “These are complex issues with complex solutions – and they're going to take a long time and a lot of different levels to tackle it."

Benusic's tilt toward public health was confirmed during 2016, when he worked as a family doctor in his birthplace of Camrose, Alberta in a locum role. “It was really interesting to get to know people in my hometown and hear about their successes in health, and their challenges," he recalls.

“Everything would stem back to an issue with the social determinants of health – whether they had an environment where they could do exercise and feel safe doing so, whether they had enough income to be able to do things other than just work.

“It really solidified my direction of going into public health. I love clinical work, I love that one-to-one interaction. But ultimately, I feel that I want to have an impact on a broader level."

Moving forward, Benusic is keen to respond to the urgent needs that arise on a daily basis while remaining proactive and taking on the longer-term work of addressing the root causes of illness and disease.

“My goal is to proceed very carefully with creating goals – because I really want it to be based on the communities, what they want, what they need and the history of this area," he says. “I look forward to being guided by all the people I'm working with, especially members of the community."

In the meantime, Benusic is busy settling in, and thankful for the support of his Island Health team. “Everyone's not only warm and friendly, but willing to teach – and as someone who's new to this location and new to this role, that's what I knew I needed." 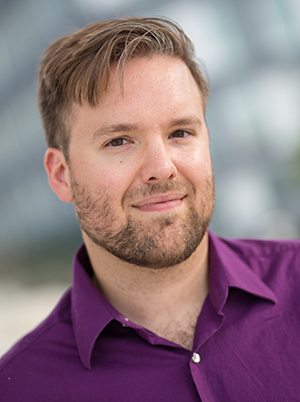